Receive a complimentary Art Gift with purchase of original Painting 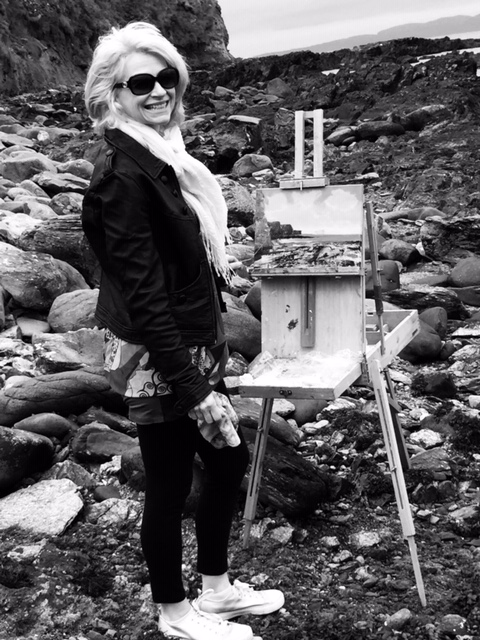 I love spending time outdoors in the natural beauty of Connemara ever since I was a child growing up in Roundstone village – an artists paradise.

It was a privilege to paint in the Studio of Scottish artist Douglas Anderson, Royal Painter, for 4 years – total immersion in the Old Master techniques in drawing and oil painting – skills and knowledge that had been passed on to Douglas in Florence by the Italian artist Pietro Annigoni, who in turn was taught by the Russian artist, Nikolai Lokoff.

My recent paintings convey a sense of history. For the 100th anniversary of the first transatlantic flight by Alcock & Browne, an Exhibition of my Paintings “Homage” was held at the Clifden Library June- August, 2019.

I have been inspired and influenced by artists who painted in Connemara and the west of Ireland in particular- such as Jack B. Yeats, Paul Henry, Charles Lamb, Maurice MacGonigal, Gerard Dillon, also contemporary artists Douglas Anderson RP and Kenneth Webb. I am a member of Visual Artists Ireland, the South Boston Arts Association, the Crafts Council of Ireland.